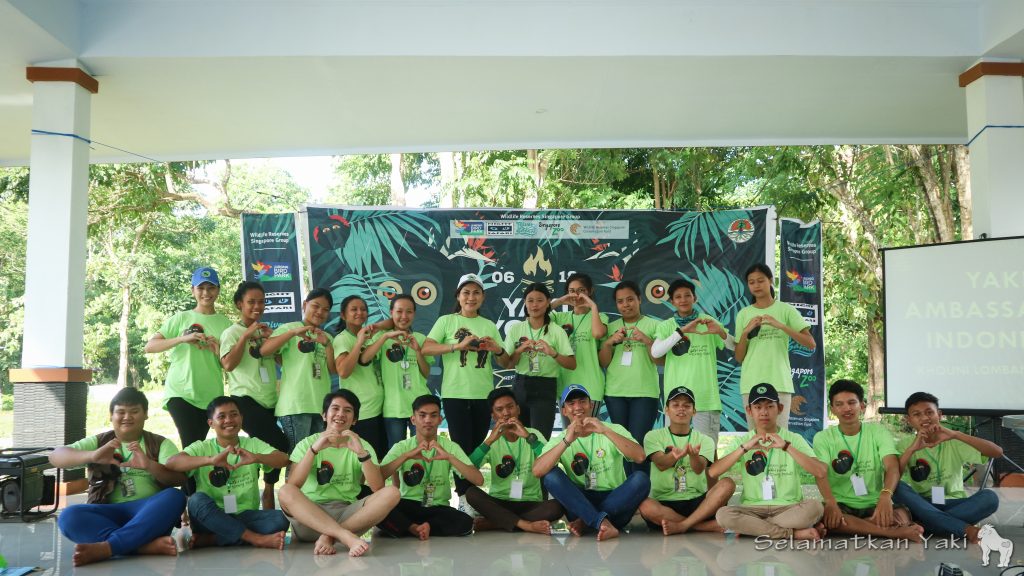 One of the activities of Selamatkan Yaki (SY) conservation programme is the Yaki Youth Camp (YYC), a capacity building activity to train and develop select local youths to become Yaki Ambassadors in North Sulawesi. Through SY’s Education & Awareness Raising Strategy (EARS) unit, we conduct this conservation training camp to facilitate the ambassadors with a deeper understanding about yaki and the various threats that they face, to expand their knowledge in conservation as well as develop their skills, leadership and confidence to better equip them in educating and raising public awareness. YYC was first conducted in 2014 at the Yayasan Institut Seni Budaya Sulawesi Utara in Tompaso, Minahasa with participants from our first campaign areas Tomohon-Langowan, followed by YYC 2015 with participants from our second campaign areas Bitung-Airmadidi, then YYC 2016 with participants from our third campaign area South Minahasa. Following these camps, the youth Yaki Ambassadors have helped us reach over 30.000 local students, teachers and other members of communities throughout all three campaign areas, through school talks, information stands and giving independent talks in their neighborhoods, extracurricular clubs and church gatherings, embodying their environmental identities by acting as an ambassador for M. nigra conservation in their own community.

On June 25-28, 2018, we held the Yaki Youth Camp: Refresher Training 2018 at TWA Batuputih Camping Ground in Tangkoko for the most active and dedicated youth Yaki Ambassadors from all three campaign areas. This 4 day/3 night refresher training camp gave us the chance to re-engage with a total of 23 ambassadors, to continue to motivate and inspire them, revive their confidence as well as encourage creative thinking to develop youth-empowered conservation initiatives. The purpose of this refresher camp is to further mold these youth Yaki Ambassadors to become more confident in educating their peers and raising public awareness about yaki conservation, to help them further understand how to become a “role model” for environment-friendly behaviour, to brainstorm together about various conservation actions that are both creative and effective as well as to encourage them to continue actively support SY activities, considering the intensity of illegal hunting that still threatens yaki population and other protected wildlife in North Sulawesi. 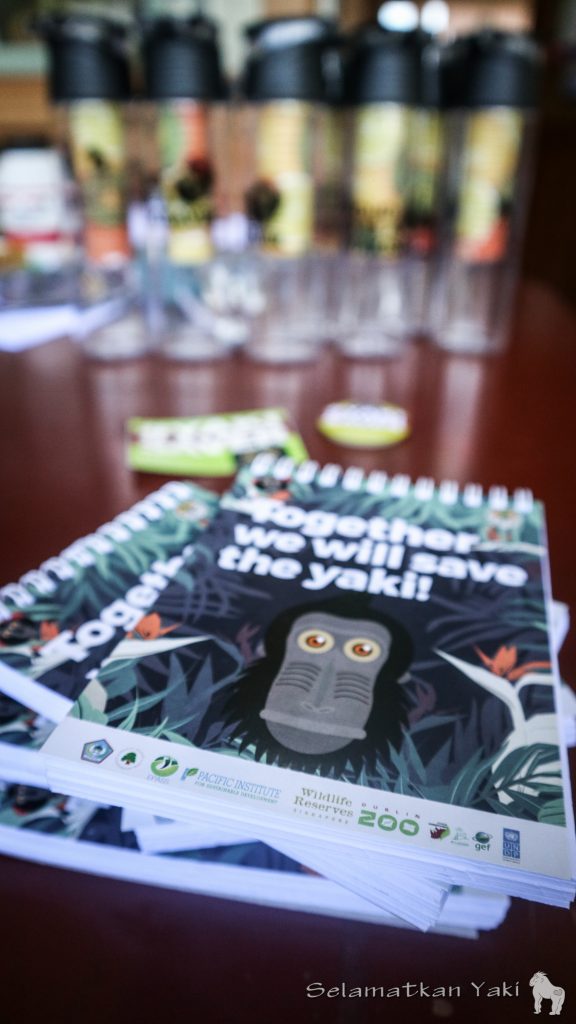 During this action-packed camp, participants were provided with various activities, games as well as inspirational and educational talks by speakers whom are experts in the field, such as Dr. John Tasirin from Sam Ratulangi University who talked about biodiversity in North Sulawesi and Dwiyandhi Febriyanti from Macaca Nigra Project (MNP) who took the participants to see yaki in their natural habitat while providing in-depth explanation about the species and the conservation efforts that MNP is doing. Billy Lolowang from Tasikoki Wildlife Rescue & Education Center helped the participants understand more about wildlife rescue and explained about Tasikoki’s role in it and Grace Nelwan, a long-time mentor for North Sulawesi’s network of tourism pageants, got on board to provide the Yaki Ambassadors with public speaking training and helped them find solutions for the various obstacles that they may encounter in the field. We also had the absolute pleasure of having Indonesian Yaki Ambassador Khouni Lomban Rawung share her experiences as Yaki Ambassador whom has gone above and beyond to support conservation efforts in North Sulawesi, further motivating her fellow ambassadors while also discussing conservation issues and how we can work together to mitigate them.

Camp participants proved to be highly enthusiastic and involved all throughout camp, as can be seen through how they really got into the discussion and brainstorm sessions which would often become exciting. They also provided personal reflection and evaluation of their experiences, providing indicators of the impact of their involvement as representatives of conservation efforts on both their personal development and their involvement with local communities. They shared aspirations and hopes for the future of wildlife conservation and reached a consensus to keep supporting the conservation of protected wildlife, especially yaki.

Following this refresher camp, we are confident to see more real conservation actions by the Yaki Ambassadors to help mitigate conservation issues in North Sulawesi, through community engagement and raising public awareness as well as promoting positive behaviour towards the environment. Together we will save the yaki!

Held in Pa’Dior arts and culture museum in Minahasa in December, 27 students from 19 schools joined the camp. We...

With support from EPASS and Wildlife Reserves Singapore, SY are taking on the enormous task of surveying the population of Yaki...

We were participating at Mount Payung Festival in Poopo, South Minahasa 21-22 February 2020. The festival was initiated by Wolay...